Puri Jagannath is one of the top directors in the movie industry who created a unique place for himself in the film industry. The sensational director is always first in experimenting with different characterizations. For the past few years, Puri Jagan has struggled for success and it finally happened with iSmart Shankar. The success of iSmart Shankar has hiked the market of the director again.

Every time a new movie from Puri is arriving the screens, the media gossips about his personal life. There are several instances in the past where we have seen a section of media linking him with a heroine and also reported false information about his marital life.

Puri Jagan's wife Lavanya is a noted face for the fans and film fraternity as she was seen in the film events actively. Of late, Lavanya restricted herself to home alone and did not make any public appearance and it added fuel to the rumours.

But finally, after a long time, Puri Jagan posted a family picture on Instagram which features his wife Lavanya and daughter Pavitra. This clearly hints that all is well between Puri and his wife Lavanya.

A genuine super hit for this production house finally!

Can 'Jaanu' impress the audience?

KTR praises Thaman for his 'Samajavaragamana'!

Is Mahesh being clouded from the real scenario? 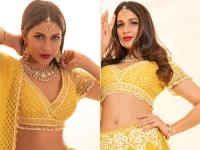