Sai Rajesh struggled a lot while producing Kobbari Matta. The film took three years to come into the limelight. He also used his contacts in production houses like Geeta Arta and finally, managed to release the film after facing many obstacles and scored a hit. So, what is in store for his next?

During one of the interviews, Sai Rajesh said that he got an offer from one of the top production houses. He didn't reveal any other details about it. Some people are claiming that he will be working with Sundeep Kishan, who is a good friend f him and also attended the pre-release event of Kobbari Matta as a chief guest. On the other hand, the others are opining that he might work again with Sampoo. Which is true among the two? We have to wait and see.

Sreemukhi Responds On Her Relationship Rumours

Did Kajal Walked Out Of Teja's Project? 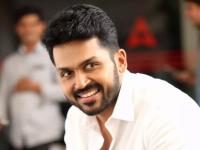