May be, TDP is running out of ideas to target the Ruling Party. That is why it's been indulging in cheap political stunts to make people believe that YCP Government is good for nothing.

TDP hired paid artistes to spread bad propaganda against the Ruling YCP when people are suffering due to floods. These Artistes had also featured in the 2019 Election Ads of Telugu Desam Party.

In the video shared by TDP on Social Media, Paid Artistes were presented as Farmers who's lives got ruined because of the floods and incapable government. YCP's Social Media-wing exposed the conspiracy chalked out by TDP with proofs by calling it as 'Burada Rajakeeyam'.

TDP hasn't learnt any lessons from the humiliating defeat in 2019 Elections. Instead of correcting it's mistakes, Main Opposition has been indulging in mud slinging activities to defame the YCP Government.

Rajinikanth says he will not apologise on Periyar's controversy

TDP wants Vizag to be the Film Capital

Nobody can stop us from meeting Amaravati farmers: Nagababu

Impeachment trial on US President Trump

Disciplinary action will be taken against Jana Sena MLA 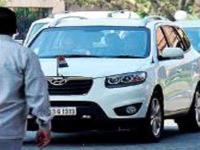 Why ministers are not using bullet proof cars?