The Amazon Rainforest is known to be the largest tropical rainforest in the World. It covers most of northwestern Brazil and parts of Colombia, Peru, Veneuela, Ecuador, Bolivia, Guyana, Suriname and France. Almost 60 percent of the rainforest is in Brazil. This rainforest is considered as a vessel containing massive amount of Oxygen requirements in the World...Popular as 'Lungs Of The Earth'.

Since 2013, Alarming number of fires were recorded in the Amazon Rainforest by The National Institute for Space Research (INPE). This year, The situation has only worsened with 74,000 fires so far (an increase of 84 percent from previous year). Second-worst Year happens to be 2016 (68,484 fires).

Environmentalists complain Deforestation is the major reason behind the shocking number of forest fires. Even the policies of Brazil President Jair Bolsonaro has only posed a threat to the Amazon Rainforest. These fires are created by humans, either intentionally or accidentally. Farming, Mining and Drilling are the major causes of the forest fires.

Former MLA Gets Infected With The Virus

Jagan Doesn't Fear Anyone Except For PM Modi: TDP Leader

The US Suffers From The Pandemic 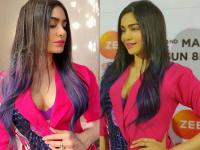