Asteroid Will Hit Earth, No Clue How To Defend!

SpaceX CEO Elon Musk predicted a huge asteroid called 'Apophis' named after Egyptian 'God Of Choas' will hit the Earth and we don't know how to defend. 'Great name! Wouldn't worry about this particular one, but a big rock will hit Earth eventually & we currently have no defence,' he tweeted.

Scientists are hoping Apophis, which have a width of full Moon, won't cause any harm to the Earth. The Monster Asteroid comes dangerously close to the Earth on April 13th, 2029. That's 19,000 miles or 31,000 kms above the surface of the Earth. Apophis have a width of 1,100-foot. Very rarely an asteroid of such gigantic size passes by the Earth. It will be as bright as stars when it passes-by.

Earlier, Scientists identified asteroids measuring around 10 meters flying close to the Earth. Asteroids of Apophis size are a rarity. Researches see it as an opportunity to study it using optical and radar telescopes for gathering information about the surface details.

NASA says, Apophis have less chance of colliding with the Earth, not even 1 in 100,000 many decades from now. This Asteroid is one among the 2,000 Potentially Hazardous Asteroids (PHAs).

Davide Farnocchia, an astronomer, sees a possibility of small avalanches happening on the Earth surface when the giant asteroid passes close to it.

Huge Scarcity Of Masks And Toilet Papers In Japan

New Districts in AP only After March 2021

Defeated Candidate Wants His Money Back from Voters

Where is P Muralidhar Rao?

IT Employee Lost his Life over Depression

Village games, Not Olympics, More Important for this Youth 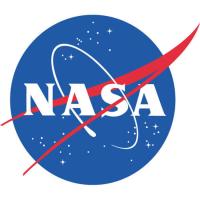 NASA scientists to find a safe landing spot on Mars