Delhi Police reported to Court that Sunanda Pushkar was suffering from mental trauma because of the strained relationship with her husband Shashi Tharoor. The Investigation Team accused the Congress MP of torturing his Wife and driving her to commit suicide.

As per the postmortem report, 15 Injury Marks were identified on Sunanda Pushkar's Body and her death happened due to poisoning.

Ahead of the death, Sunanda Pushkar called her Journalist Friend Nalini Singh to complain about the relationship between Shashi Tharoor and Pak Journalist Mehr Tarar. 'Sunanda was crying while saying she saw the messages between Shashi and Mehr. She went to Leela Hotel to avoid going to their house. The relation between the two was very bad at that tome,' told Nalini.

Prosecutor found out an email written by Shashi Tharoor to Mehr Terar addressing her as 'My Darlingest'. Court was informed that content of the conversation between them indicate intimate relationship.

Shashi Tharoor was charged by Section 498-A (Subjecting to Cruelty) and 306 (Abetment of Suicide) of the IPC. He is currently out on bail. Next hearing of the case is on August 31st.
Download our app 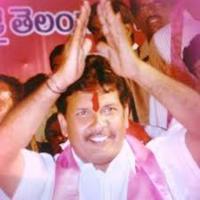