She has Takht and one more film, Dostana-2 in her kitty. The actress has been taking very careful steps to keep herself busy with good projects only.

She will make her South debut with Ajith's next film which is produced by her father, Boney Kapoor, reveal some Kollywood tabloids. There is no official information about her involvement.

Sridevi wanted her daughter to shine in South languages and Hindi too. So, it is said to be a matter-of-time for Jhanvi to accept a South-Indian film but she chose a web-series already.

Normally, people used to see TV as next step for popular actors and web-series took that position in the eyes of few people now. But actors seem to be looking at TV and web-series as acting opportunities like Hollywood.

Jhanvi signed a deal with Netflix to appear on Ghost Stories and she got a lucrative deal it seems. Well, there is no early or late entry into a game that seems to give more exposure as an actor, what say? 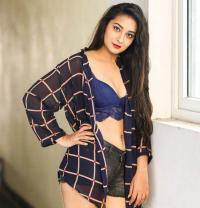