BJP Does a Goa On Sikkim, Saffronises 10 MLAs

The BJP is at it again. The party seems to be in a great hurry to saffronise the country. When it wins, it will form the government. If it does not win seats, it will divide parties, encourage defections and strengthen itself. It has used the second strategy for Goa and Karnataka.  In Karnataka, it got the Congress and the JDU MLAs to resign their MLA post. Thus, it reduced the cut-off mark so that the BJP can win the vote of confidence. In Goa, it split the Congress Party and merged the majority faction into the BJP.

Now, the same formula is being repeated in tiny Sikking. Strategically important and close to Chinese border, Sikkim has given just 1.62 per cent votes to the BJP. It failed to win even a single seat. But, in a secret operation, the BJP has lured 12 of the 15 MLAs of the Opposition Sikkim Democratic Front. It lulled SDF leader Pawan Chamling into complacence as he is part of the North East Demoratic Association (NEDA). Two of the 15 SDF MLAs resigned few days ago. On Tuesday, the BJP weaned away another 10 MLAs. Thus this number is two-thirds and does not attract the provisions of the anti-defection law.

With this, Sikkim's saffronisation has begun. The SDF has just three MLAs with it. The ruling Sikkim Krantikari Morcha is watching the BJP's next moves with lot of anxiety and worry.
Download our app 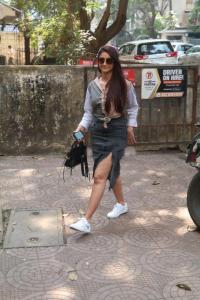