Bellankonda Sreenivas changed his path after tasting failures with high-budget commercial entertainers. After experimenting a bit with 'Seetha', He is now back with a thriller 'Rakshasudu' which is an official remake of Tamil ht 'Ratsasan'. Did he succeed at least in this attempt?

Arun (Bellamkonda Srinivas) is an aspiring Director who wishes to make a film based on psycho killer but he fails to get the nod of Producers to fulfill his dream. That is when he accepts his Father's Police Officer Job due the family pressure. Arun receives a challenging case related to a Psycho Killer soon after becoming a Sub-Inspector. Teenage Girls in the city were kidnapped & killed brutally. During the course of investigation, Arun realizes this case is much more complicated than what he thought. Who is the Psycho Killer? How did Arun chase the mystery? Watch 'Rakshasudu' to know more!

Bellamkonda Sreenivas tried to get into the skin of the character instead of relying on any unnecessary hero elevations. Though he still need to work on his dialogue delivery and expressions, This Young Hero deserves appreciation for the sincere effort put in by him. Sreenivas looked fit to play the role of Cop. He performed really well in the crucial sequence related to his Niece. This movie could make him feel much more confident about his acting prowess.

Anupama Parameswaran did a role which offers little scope. Of course, She did perform well in the limited space.

Rajeev Kanakala is simply superb in the kidnapping sequence. The Actor who played Lady Cop shines. Antagonist does a decent job. Rest of the Actors has been adequate.

Background Score provided by Gibran is an asset to 'Rakshasudu'. The way he used the piano theme for the suspense element is praise worthy. Many Scenes were elevated with BGM and some of the compositions send shivers down the viewers spine. Cinematographer Venkat C Dileep created the right mood for this thriller. Production Values are good. Dialogues penned by DSP's Brother Sagar are just alright. 'Rakshasudu' appears like a scene-to-scene copy of its original, 'Ratsasan'. Director Ramesh Varma did justice to the remake in that way.

'Rakshasudu' stays truthful to the original. Makers didn't try to present it differently from the Tamil Version in any manner. That is why, Those who watched the Original will be disinterested in giving the Remake a try. Not just the title, Even the name of the Protagonist has been retained. Some of the scenes in the Original were used as it is by offering Story & Screenplay credit to Tamil Director Raam Kumar. Overall, It's like a carbon copy of 'Ratsasan'.

Nevertheless, 'Rakshasudu' will impress all those who love watching Thrillers. Although it has got similarities to Psycho Killer Films made in the past, This Ramesh Varma-directorial keeps the viewers guessing till the very end by maintaining the suspense element. Gripping Screenplay comprising of interesting twists n turns puts everyone on the edges of their seats.

This Bellamkonda-starrer begins like any other Psycho Killer Story. Young Girls were kidnapped one after the other and murdered in a gory manner. The Twists n Turns before revealing who is the Psycho Killer are so thrilling. This is where Raam Kumar showed his expertise as Script Writer. Interval Twist which is beyond the expectations raises curiosity on the Second Half. The latter half have much more twists to keep the proceeding engaging. Few Shots in the Flashback and the Major Twist thrill the viewers.

Inspite of having a single song, Run Time of 'Rakshasudu' is stretched to two-and-a-half hours and that's not what viewers expect from a thriller. People get the feeling of watching a lengthy flick inspite of lack of commercial elements. Especially, Flashback looks a bit artificial and Pre-Climax Sequence could have been handled better. On a whole, This a film those who like thrillers will love to watch. 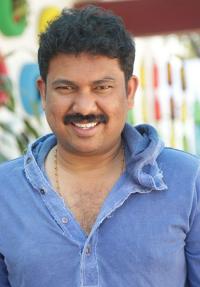