#MeToo in India brought out many women who were willing to share dark stories involving successful men around them who acted like brutes. Majorly, film personalities came out and several tried to make money of this movement and few were successful too.

Now, we hear that Vijay Devarakonda's next Dear Comrade will address sexual harassment even in Cricket. Women from sports have complained that several coaches try to take advantage of them and several who couldn't come out due to shame, walked out of teams.

We see a glimpse of it being discussed even in the film, Guru where lead protagonist's elder sister says that she wanted a better life for herself and compromised.

Rashmika Mandanna in the film is playing a cricketer and she will be facing harassment issues from her coach. How she tackles them? How do those incidents affect main love story?? These are addressed in the story of the film, it seems.

Bharat Kamma, a short filmmaker is debuting with the film as writer-director. Movie is releasing wide,  on 26th July in 4 languages and 5 states at a time.

Rana Busy With His Next Film Shoot Even During Festival

This Actor Transforms Into Legend MGR! 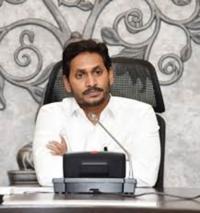