For early 90's movie lovers and fans of Salman Khan, Bhagya Shree will be a familiar face as she created sensation as shy girl in Maine Pyar Kiya which made Salman Khan and her stars overnight.

But she did not continue in films as successfully as one might have thought. Now her son Abhimanyu Dasani is trying his luck as an actor.

The young boy debuted in Mard ko Dard Nahin Hota, this year in the direction of Vasan Bala. Movie did get critical approval and at box office it was very moderately successful.

Movie is titled, Nikamma and Sony Pictures India is producing the film. Soon, other details about the project will be out.

While he proved to be a talent still social media is trolling him as the by-product of nepotism in Bollywood.

Krish ropes in Keeravani for PK!

Bunny doesn't want to do a "hero" film in Hindi

Andhadhun Tamil Will Have Sivagami In Negative Lead Role

Can They Give Another Geetha Govindam? 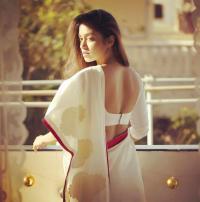