An Unbelievable Fact: No Female Child Was Born In Those Villages!

While Indian Government is saying, "Beti Padhao Beti Bachao Beti Badhao," many households majorly in villages, are still looking to give birth to only male child's.

This is a dangerous stat as girls are reducing among our population and this indicates those people living in the villages are killing girl childs as they conceived.

In India, gender testing is illegal and banned. If someone is helping them to determine the gender, then an illegal act is going on in those villages for sure.

Indian Government should look into the matter and put pressure on state government and local officials in the area to find a solution to the issue and the root cause too.

Already, India is looked down as a country that gives more importance to blind beliefs in the name of traditions. If we cannot stop these sort of atrocities on women from even before being born, we have to feel ashamed in front of the world! 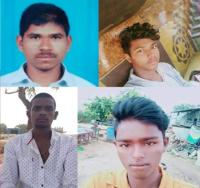 At last, The Last Rights Of Disha Accused Held At Their Respective Villages