Allu Venkatesh's (Bobby) Second Marriage with Neela Shah in June this year came as a big surprise to many. It was only then the outsiders came to know about his divorce with first wife Neelima whom he married in 2005.

In the first few wedding pictures which got leaked, None of the Mega Family Members except Allu Sirish was seen to raise the suspicion if they had boycotted to convey their unacceptance. Quickly, Allu Bobby came up with a clarification that all the family members were happy with his decision and they had even graced the occasion.

The Wedding Video of Allu Venkatesh and Neela Shah surfaced online now. All the Family Members including Chiranjeevi, Allu Aravind, Ram Charan, Allu Arjun and Sneha looked so happy taking part in the ceremony. All the beautiful moments have been presented in the form of a Wedding Teaser. 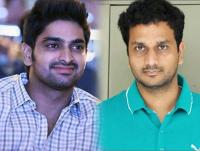