Former Delhi Chief Minister Sheila Dikshit passed away in the national capital on Saturday at the age of 81 years.

Today morning, Sheila Dikshit suffered cardiac arrest and she was admitted to Escorts Hospital in a critical condition. A Team of Doctors took advanced resuscitative measures to improve her condition. Though the health condition stabilised for a brief period, She suffered yet another cardiac arrest and passed away at 3.55 pm. Last rites will be conducted at Nigam Bodh Ghat in Delhi on Sunday afternoon.

Sheila Dikshit served as CM for three consecutive terms (1998 to 2013) and attained the record of longest-serving CM of Delhi. She became an MP for the first time in 1984 by getting elected from Kannauj Constituency in UP. She was known to be the close associate of Former PM Rajiv Gandhi.

In the recent Lok Sabha Polls, Congress managed to get second position in 5 out 7 Constituencies in Delhi by pushing AAP to the third place.

PM Modi, President Ramnath, Delhi CM Arvind Kejriwal and Rahul Gandhi mourned the sudden demise of Sheila Dikshit. This is a huge setback to the Congress Party and losing such a leader will have a massive impact.

Vizag to be the executive capital of AP

Are We Shifting To A Forest?: Buggana In Assembly

Indian billionaires wealth is higher than the full-year budget

We prepared the bill keeping future in mind: Buggana 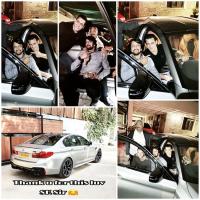 Salman gifts a costly BMW to his 'Dabangg 3' villain!