Dashing director Puri Jagannath is one of those filmmakers in the industry who never thinks about taking a break between his films. It has been so many years since the director has went on a vacation family vacation to foreign.

Even if his movie becomes a blockbuster or a disaster, Puri will always concentrate on his next projects instead of enjoying the success. Recently, in an interview, Puri Jagannath stated that he went to a 15 days vacation after the release of Pokiri but after that he hasn't went anywhere. He stated that he only likes to go to foreign for completing his scripts. Even after going there, he won't take a day off and likes to work for at least 12 hours a day. It seems like the director has finally felt the need to get some days off work.

His recent outing, 'iSmart Shankar' starring Ram has recently hit the screens and has been receiving thumping response from the audience. So, Puri is now planning to take some time off and go on a vacation before kickstarting his next. 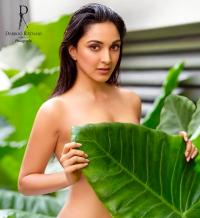