Anirudh Lives Up To The Expectations

Kollywood music sensation Anirudh Ravichander marked his debut in Tollywood with Pawan Kalyan starrer 'Agnyaathavaasi' movie under the direction of Trivikram Srinivas. But it is known that the movie ended up as a disaster at  the box office.

Some people even blamed Anirudh Ravichander's bland music behind the failure of the film but recently, the young composer staged his come back with Nani's 'Jersey' movie. As the music also impressed the audience, Nani gave another opportunity to Anirudh and made him to score music for his 'Gang Leader' as well. The lyrical video of 'Ra Ra' song from the movie got released recently. When Pruthvi Chandra's vocals are mesmerizing the audience, Anirudh's music too is making good impression.

Anirudh has once again lived up to the audience's expectations and has given some outstanding tunes. Some are now saying that he will definitely become a popular musician in Tollywood as well.

Will Rakul Star In This Biopic?

Actors Not Ready For Shootings Amid This Crisis

Producers Not At All Favouring OTT Release

Nag Ashwin-Prabhas Film To Have A Crazy Premise

A Special Preview Of 'Nishabdam' Held For This Crazy Director 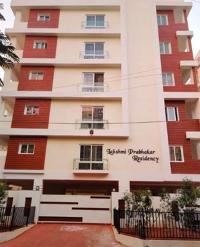