Shiv Sena Chief Uddhav Thackeray's Son & Party's Youth-wing Leader Aditya Thackeray on Thursday launched a 4,000-km tour of Maharashtra with the aim of launching himself as the Chief Ministerial candidate ahead of the Assembly Polls.

At the launch of Jan Ashirwad Yatra, Aditya Thackeray said: 'This Tour is like a pilgrimage for Me and it isn't meant to seek votes. I wish to take Shiv Sena into every home in the state with the aim to build a new Maharashtra. Shiv Sena is Pro-Youth, Pro-Farmer and Pro-Women. I have learnt how to find solutions for people's issues from My Grandfather and Father'.

Shiv Sena believes Aditya Thackeray can become the next Chief Minister if it emerges as the single largest party. It doesn't want to continue as a minor player in Maharashtra any longer.

What would be the reaction of Shiv Sena's Big Brother BJP on the exercise to establish Aditya Thackeray as the Chief Ministerial face? What if BJP decides to contest alone in the upcoming Assembly Polls? Anything could happen in the next few months!

Padma Shri Row: Congress Hit Out At The Centre

Can BJP Win The Delhi Elections?

Taking U-turns is a known skill of Naidu: Perni Nani

All you need to know about the Legislative Council

BJP Won 28 Divisions In Nizamabad But Sits In Opposition 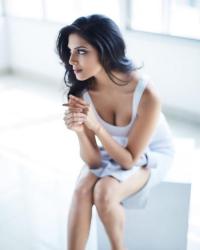