Currently, he is producing a film under the direction of Kshanam fame Ravikanth Perupu with Sidhu Jonnalagadda and Shraddha Srinath as the lead actors. Meanwhile, we also hear that Rana is planning to remake Oh Baby in Hindi with Alia Bhatt as the lead heroine.

According to the latest grapevine, Rana will be producing the Tamil remake of Jersey. Apparently, actor Vishnu Vishal will reprise Nani's role in the remake. Full details regarding this project will be announced shortly. Meanwhile, Jersey Hindi remake will be bankrolled by Allu Aravind and Dil Raju.

'Red' Teaser To Be Released This Weekend?

Along With Gautham, Vikram Is Also In The Race For RC14?

Rana Transforms From Hulk To Bruce Banner For His Next!

Nithiin Thinks His Chemistry With Sampath Is Better!

Heated Convo Between Pawan And Him To Be High Point In 'Pink' Remake! 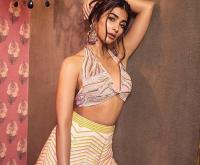 Will Pooja Hegde Get Same Image In Hindi Too?