Amala Paul Is Not Amused By Moral Policing Over "Kiss"!

Amala Paul decided to kiss her co-star, Remya in the movie Aadai and many lost their cool looking at her do so in a mainstream film.

Some started asking her if she is promoting LGBTQ relationships which are unnatural and started moral policing here.

She retorted by asking, "What is wrong in kissing a girl?" She did say that the choice came to her naturally as she could see her character kissing a girl.

In fact, she did that impromptu without anyone asking her to do so and it was definitely not in the script, it seems. Amala did that as she felt that her character would do so and she imbibed Kamini into her mind, for the film, it seems.

She recently congratulated her ex-husband and director, AL Vijay for the second marriage and wished the couple all happiness.

She stated that she is trying hard to do what she believes as strong cinema and is concentrating on her work than marriage and relationships. 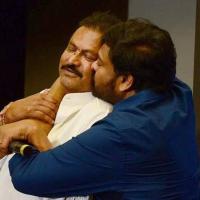