The expectations on young Rebel Star Prabhas' upcoming movie 'Saaho'. Directed by Sujeeth, Bollywood beauty Shraddha Kapoor is playing the female lead in this movie which is slated to hit the screens on August 15th.

As per the latest reports, the makers have postponed the release to August 30th. However, the official announcement is yet to be made. Rumours are rife that the production banner UV Creations is currently in discussions with T Series, the presenters of Hindi version of the film regarding the release date and are double checking that there are no possible releases on the same day. It seems like Bollywood other big releases like 'Mission Mangal' starring Akshay Kumar and 'Batla House' starring John Abraham are also releasing on the same day.

So, we have to wait and see if for UV creations opt for a solo release by postponing the release date or go ahead and clash with these two biggies in Bollywood. The movie is also going to mark the direct debut of Prabhas in Bollywood. 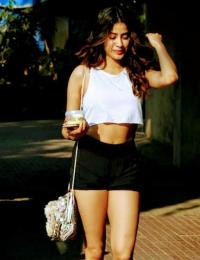