Cyber Crimes kept worrying Bollywood Stars more than anything else. From Amitabh Bachchan to Shahid Kapoor, Several Celebs have been falling prey to them.

Hacking Via E-Mail is the latest Cyber Crime that's making the Bollywood Celebs coup with sleepless nights. Actress Amrita Rao of 'Athidhi' fame shared her experience: 'A week ago, I received a DM (Direct Message) from a popular Media House informing they would want to have an interview with Me. As the link look authentic, My Technical Team which handles social media accounts clicked on it and that's how my twitter account was hacked'.

Amrita Rao recalls Amitabh Bachchan's account was hacked in a similar manner in the past. She also disclosed, '6 months ago, I received a DM from My Co-Star Tusshar Kapoor's Twitter account asking Me to click on a link. Luckily, I messaged Tusshar and came to know that his account was hacked'.

The Actress finds the Cyber Crimes targeting celebs a little scary. She has been receiving messages about some suspicious activity happening on her account after it was hacked and hence sought the help of Cyber Crime Cell. 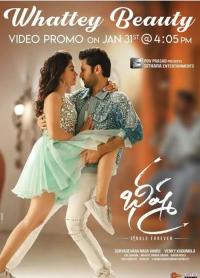