Why Was Advani Marginalised?

Why has BJP patriarch and one of the founding members of the party fall out of favour?  Why BJP's ideological parent RSS was upset with Advani and preferred Modi instead of him? For long there has been a guessing game about this. But, now the cat is out of the bag.

If BJP's  senior leader from UP JPS Rathore is to be believed, Advani has been sidelined because he has defied the party's core ideology. During a visit to Lahore in 2005, Advani has praised Mohammad Ali Jinnah, the man who was responsible for the partition of India. This was against the party line and the BJP and its parent RSS did not take kindly to it. As a result, he was asked to step down and Rajnath Singh was made the party president. Rathore, who was addressing the BJP training camp at Lucknow, said: ''However senior one might be, those who defy the party line would be made to pay the price.'' He also gave the examples of former UP CM Kalyan Singh and senior BJP leader from Gujarat  Shankar Singh Vaghela. While Kalyan Singh realised his mistake, he came back to the BJP, but Vaghela is nowhere today, he said.

So, brothers from BJP, especially those from other parties who have recently joined the party, understand the party's ideological Laxman Rekhas and confirm to the party's principles.

YSRCP MLA Shares His Experience Of Recovering From Pandemic 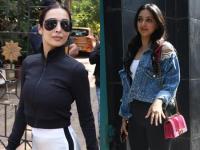