Why Is Dhulipala Narendra Silent These Days?

During its heyday, TDP's strongest leadership came from Guntur district. It has strong leaders with considerable seniority. For instance, some of the tallest TDP leaders were from this district. While others became ministers, Ponnur MLA Dhulipalla Narendra could never become a minister. Despite being a five-time MLA, he was never chosen for the minister's post. This has always ranked him and during the 2014-19 period, he maintained very low profile and did not speak much.

This time around, he has lost the elections and is an ex-MLA. After he lost, he has completely gone silent. He is not coming out to speak on any issue. Even when the TDP is under attack from the YSRCP, Narendra is not coming out to defend the party. In fact other leaders like former speaker Kodela Sivaprasad, Prattipati Pulla Rao, Yarapathineni Srinivas and Alapati Raja have remained largely silent. While Kodela is bogged down by the cases filed against him and his family, the other leaders can always defend the party. But, none of them are coming out to defend the BJP. If this is the state of affairs in Guntur district, which has remained a party stronghold for decades, then God save the TDP, said a source close to the TDP.

There are lingering doubts among the TDP top brass as to whether some of these leaders are in touch with the BJP top leadership. While there is no official confirmation of the BJP eyeing these leaders, doubts persist.

This Is How Modi, Rajnath Choreographed Leh Visit

This Is What Arun Jaitley's Children Are Doing These Days

This Telugu Man Is Giving Sleepless Nights To Ahmed Patel

Why Modi Met President At Rastrapathi Bhavan, Amid Tense Situation?

Why Is Chandrababu Worried When YSRCP Gives Land Sites To Poor? 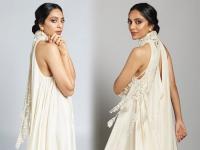