This On-Screen Laila Missing A "Majnu"!

She was introduced to Telugu Film Industry in Nani's Majnu and she could attract directors so much that she got chances to act with Pawan Kalyan and Allu Arjun, immediately.

She even had been in discussions of many other big star films too. But all that vaporised when Shailaja Reddy Alludu with Naga Chaitanya also failed to break even.

Agnyathavasi, Naa Peru Surya, Oxygen, Shailaja Reddy Alludu failures made her vanish from TFI producer's eyes and she needs one good film to bounce back.

Her acting skills also came her big scanner and hence, she needs a revival film like Tholiprema for Raashi Khanna, to prove that she can act.

Well, there are no murmurs even about her next film and within a year, a heroine who looked like all set to rule, disappeared into the smokes!

Balayya Vents Out His Anger With Cuss Words On Chiru & Co! 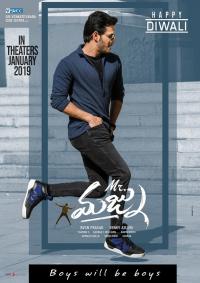