A Jam Packed December And January For TFI!?

December is the most profitable month if the producers plan the release on the right date. Films will have three to four weekends time before Sankranthi and if they can hold on at the box office, then a surge in collections during the festival season too.

Now, many are aiming this plan as Sankranthi seems to get crowded more and more. For actors like Naga Chaitanya, Akhil Akkineni, Gopichand, Anushka, Kalyanram it is better to aim for December release than January or Sankranthi, this year.

So, 25th Jan or Christmas Eve, New Years' Eve are only options for others. Naga Chaitanya after Venky Mama is doing a film wijn Shekar Kammula and the film is expected to release in December if it completes shooting in 50 days.

Akhil doesn't want to go for another year and he is eyeing Christmas as per the sources. Kalyanram's Enthamanchivadavuraa can release in October or it will go for December date.

Anushka's Silence is expected to eye December release and Gopi Chand's film won't be ready until December, it seems. 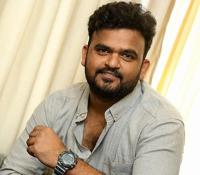 Director Makes The Best Use Of Crisis Break Time
×