Vijay Devarakonda got good recognition with Pelli Choopulu and with Arjun Reddy, he became a star.  Geetha Govindam consolidated his position and Taxiwaala showed that he can come out  of adversity.

NOTA and Dwaraka are the only failures for him but the actor could make himself a brand by launching Rowdy clothing, singing a song in Geetha Govindam and then turning the song into a contest - promotional activity as he got trolled.

He gave free icecream during the Summer season and has been able to attract women actors like Jhanvi Kapoor, from other Industries too.

Now, he came up with musical tour in all states where his Dear Comrade is releasing and the actor is expecting a lot from the movie. He praised Bharat Kamma and entire team for working for an year constantly without rest.

Well, he is proving to be a marketing genius as the songs of the film are creating buzz, him asking all people to come musical events in every state and making the entry free, he is ensuring that many will post about it on social media and give them extra buzz.

He even invited stars like Yash to events in the respective states. Movie is going to release on 26th July in Telugu, Kannada, Malayalam and Tamil. No doubt, you like it or not, Vijay will be in your face reminding that Dear Comrade is coming.

Either he is a genius in marketing or he has a great dedicated team working to promote his brand, strategies seem to work, very well.

Balayya Vents Out His Anger With Cuss Words On Chiru & Co! 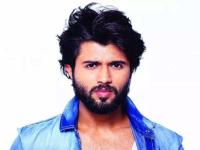 As High It Raised, As Soon It's Fall too - Vijay Devarakonda's Market!
×