Will We See Raashi Ruling The Roost, Now?

Raashi Khanna definitely has been rated as one of the best looking actresses of this decade but weight issues and inconsistency kept her away from big star films.

Still, she managed to gather good support among the audiences and now, she even got rid of weight issues. She is looking fit and hot than ever.

She did manage to attract Tamil audiences as well last year and this year, she is coming with Venky Mama and for Sankranthi, she has Sai Dharam Tej's Prathi Roju Pandage.

The latest is that she got an offer to star in Tamil film with Thalapathy Vijay and she is being considered for Icon with Allu Arjun. She could act only in Jai Lava Kusa with a star and these two films can be her big tickets in both lands.

Pooja Hegde with Duvvada Jagannadam could go to top position as an actress wanted in every star film. If Icon and Vijay's next become hits, she could be looking at ruling the roost for half-a-decade at least!

Kannada Star Hero To Play Villain In Mahesh's Next? 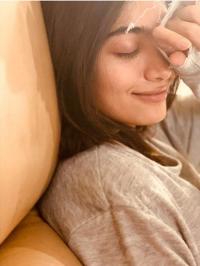