Suhasini Reacted To Rumors In A Funny Way

Rumors have now become a part and parcel of celebrity life. Only a few celebs take time to respond on the rumors. Recently, senior actress Suhasini Maniratnam took social media to respond to the rumors about her husband in the funniest way.

Rumors came out that director Maniratnam was hospitalized due to heart-related ailments. Rumors also added that he got a thorough checkup and was discharged from the hospital. His wife Suhasini reacted on these rumors in a humorous way saying how Maniratnam went to work at 9:30 AM. Some NGO working for women empowerment came for a meeting at Suhasiniâ€™s house and trustâ€™s coach Rupa brought roti and mango pickle. Maniratnam enjoyed that roti and pickle and went back to work.

When rumors say that Maniratnam went to the hospital, Suhasini rubbished the false rumors by claiming that he is enjoying rotis and pickles. We can say that she sure nailed it with her humor.
Download our app 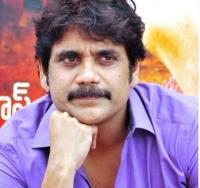 Nagarjuna Not Happy About IT Raids Rumors on Him
×