Akkineni Akhil has tested his luck with his movies 'Akhil', 'Hello' and 'Mr Majnu' but all the three ended up as debacles at the box office. Now, the Akkineni fans are getting ready for his 4th project.

Akhil has pinned all his hopes on this film and Bommarillu Bhaskar is helming this project. Even the makers are also leaving no stone unturned in giving a proper hit to Akhil this time and are roping in the best in terms of cast and crew.

Bommarillu Bhaskar has been working on the script and meanwhile the makers are busy getting best cast and crew on board. So many names about the female lead of the movie came out but as per the latest reports, happening beauty Rashmika Mandanna of 'Geetha Govindam' fame is going to romance Akhil in this film. Touted to be a romantic entertainer, Rashmika will romance Akkineni Akhil in this film.

Rashmika herself also has a decent fan following which can be considered as one of the advantages for Akhil. The fans are hoping that Akhil will score a hit. More details about this project will be revealed soon.

Superstar And His Favourite Monsoon Snack 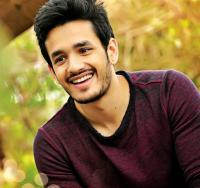 Can GA Continue Their Success Run With Akkineni Hero?
×