Keerthi Suresh who has greatly impressed the audience with movies like 'Nenu Local', 'Nenu Sailaja' etc has mesmerized them with her outstanding performance in 'Mahanati'. The actress who scored a memorable blockbuster with that film is now going to mark her debut in Bollywood as well.

It is known that Keerthi Suresh is going to pair up with the Bollywood star hero Ajay Devgan. The movie is being bankrolled by Boney Kapoor who is none other than the husband of late veteran actress Sridevi and father of the latest Bollywood heartthrob Jhanvi Kapoor. On this note, Keerthy Suresh and Jhanvi Kapoor are seen bonding with each other and it seems like the duo has become close friends. Recently, the paparazzi have spotted Keerthi Suresh and Jhanvi Kapoor who went for dinner in Mumbai. Unlike other stars, Jhanvi Kapoor is well informed about the stars and stardom in South and she has already voiced out her opinion regarding the stellar performance of Keerthy Suresh in 'Mahanati'.

On the work front, Keerthy Suresh is currently busy with a Bollywood movie whereas the 'Dhadak' girl Jhanvi Kapoor is currently being busy with her upcoming movie is the biopic on Gunjan Saxena, first woman combat aviator.
Download our app 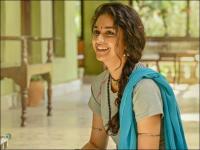 Keerthy Suresh to act in her mother's film sequel!
×