Jersey Opens A New World To Director And Team!

Yes, before release of Jersey, many knew that there was a script like Jersey with a young director, Gowtham Tinnanuri but no one acted on it.

Many liked it, some even discussed with the director but no one could really start the project. For 2 years, the script went to more places and couldn't get made at all.

After Malli Raava, Gowtham could talk to producers more frequently but the movie did not become a blockbuster to make it easy for him.

NV Prasad, one of the senior most producers believed in him but then he couldn't start the film. Hence, Suryadevara Naga Vamshi got the chance to listen to the script and he guided it to Nani.

Movie started within 3 months and Nani gave it all. Producers arranged for everything that director asked believing in script and the director repayed, it well.

Now, there will be people who take chances with him and who will also ask him to look at commercial films too. Jersey did open doors for him. Let's see where they will lead him to, next! 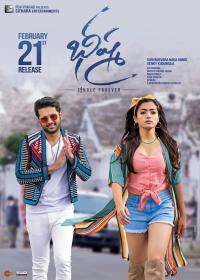