Telugu film industry is changing slowly and the new-age directors are taking the films to the next levels by coming up with some good stories. Unlike the directors Trivikram, Puri, Koratala, Vinayak, and others, the new age directors are giving more importance to the content and the young heroes are giving the right push for these directors in bringing these stories to the silver screen.

Very recently, the director Shiva Nirvana overcame the sentiment by pulling out a blockbuster out of Majili which is a memorable film now in the careers of Naga Chaitanya and Samantha. Until yesterday, the media was particular about Gowtham Tinnanuri breaking the sentiment and he too became successful just like Shiva Nirvana.

With the release of Jersey today, Gowtham too overcame the sentiment. After a decent debut Malli Rava, Gowtham came up with Jersey starring Nani. With a conviction in story-telling and maturity in portraying the emotions, Gowtham touched the hearts of audiences who are pouring praises over him for delivering a satisfying film in recent times.

On a concluding note, it is just the sentiment that is in the heads of some people but the reality is that a director who comes up with a solid content can never go wrong at the box-office. 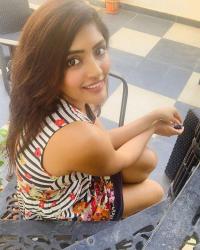